Home > A sobering decision from the Fair Work Commissioner? 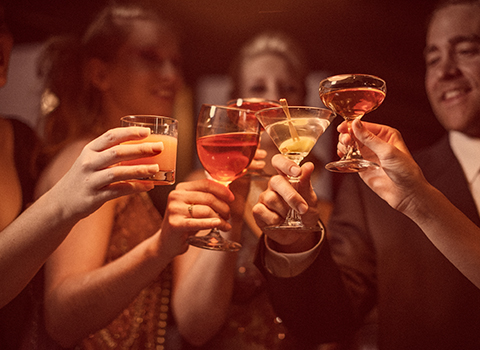 09 Aug A sobering decision from the Fair Work Commissioner?

‘My mission tonight is to find out what colour knickers you have on’, said Mr Jones.

‘They are white’, said Miss Smith. ‘Touch my skirt, and I’ll kill you’.

It was 11pm and at the tail end of the proverbial work Christmas party. Mr Jones had consumed 12 beers and a vodka and coke in the preceding seven hours and this was one of several problematic exchanges he had had with his co-workers that night eventually leading to his dismissal. Mr Jones felt that outcome was a little harsh, and took his case to the Fair Work Commission.

It’s December and, like most days in December, somewhere, there’s a Christmas party going on. In preparation for the festivities, Mr Jones knocked off early and went home for a couple of beers, a shower and a change of clothes before arriving at the function.

Things started poorly when Mr Jones was ’rudely interrupted‘ by a man who joined a conversation he was having. His response was swift. ‘Get lost mate’. Unfortunately, Mr Jones was unaware that said interrupter was a very senior member of staff. Strike one?

Soon after, Mr Jones was in the throes of small talk with a female co-worker. ’I want to ask for your number‘, he began, ’But I don’t want to be rejected‘. Her response was equally swift. ’You know what, I’m just going to go‘. And she did. Strike 2?

The function officially ended at 10.00 pm and the party moved upstairs to the public bar. For legal reasons, this is important because the participants were now members of the public, not employees at a company Christmas party.

Mr Jones was soon overheard saying to another female employee, ’I used to think you were a stuck-up bitch, but John says you’re alright. If John likes you, then you must be ok‘. After which, said female employee left crying. Strike 3?

Another female colleague subsequently ordered Mr Jones a vodka and coke. On delivery of the drink Mr Jones grasped her face and kissed her on the mouth, and told her that, ’I’m going to go home and dream about you tonight‘. Err … strike 4?

The party was moving on to another venue sometime after 11.00 pm and was joined by a ’stumbling and swaying‘ Mr Jones at a taxi stand, where the exchange at the beginning of this article occurred. Strike 5?

Mr Jones was eventually dismissed for his behaviour, took his case to the Fair Work Commission, and won.

The Commissioner did not dispute the exchanges had taken place but found Mr Jones had been unfairly dismissed because most of what happened was outside official Christmas party hours, when he was not covered by workplace rules of behaviour. The Commissioner also added that Mr Jones’ employer shared part of the blame for serving unlimited free alcohol.