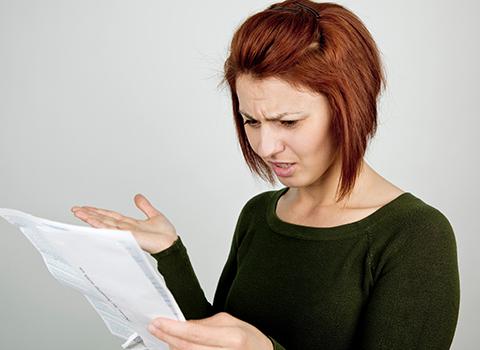 So a loved one dies and you find, contrary to your expectations, that you were excluded from their Will. Never fear! There are a variety of legal claims that may entitle you to a portion of the deceased’s estate. The conventional approach in this area is to make an application to the Court for provision under the relevant family provision legislation; however, parties may alternatively be able to make an ‘equitable’ claim. These are usually claims based on estoppel and/or constructive trust and are available even where a person is not an eligible applicant for the purposes of the family provision legislation.

The primary difference between the two sets of actions is that in a successful family provision case, a Court will order that the claimant receive a portion of the deceased’s estate necessary for their proper maintenance and support whereas in a successful equitable action, a claimant will receive what they were promised before the person died.

Under the family provision legislation (in Victoria, these provisions are found in the Administration and Probate Act 1958), certain persons can apply for ‘provision’ from a deceased person’s estate where they meet the eligibility criteria. These orders are made at the Court’s discretion, and will often depend on whether the judge is satisfied that the claimant is in financial need, and that the deceased had a ‘moral duty’ to provide for the claimant’s proper maintenance and support. Eligible applicants for the purposes of a family provision claim are as follows:-

An eligible person under the family provision legislation must act quickly to ensure their claim is made within the requisite time period. For example, in Victoria an eligible applicant has 6 months from the date of the grant of representation (Probate of Letters of Administration) in which to make a claim against the estate. The time limitations vary in each jurisdiction from 3 months to 12 months from the grant of representation or date of death.

Estoppel is a legal principle which, in simple terms, is defined as a bar to a party from asserting a legal claim or defence that is contrary or inconsistent with his or her prior action of conduct. For example, a person may be prevented from leaving someone out of their Will if they have induced that person into believing that they would be provided for in some way, and the person has relied on this to their detriment. If this were to occur, the Court has the power to ‘estop’ the deceased person from acting unconscionably.

An example of a successful estoppel claim can be found in Rasmussen. In this case, the son of a farmer was promised by his father that he would receive a large parcel of land upon his death. In reliance on promise, the son worked on his father’s farm without wages for a number of years. When the father died and failed to do as he’d promised, the son brought an equitable estoppel claim and successfully challenged the terms of the Will and was awarded the parcel of land.

A constructive trust will arise in similar circumstances to a claim in estoppel. Namely, where it can be shown that it was the mutual intention of the deceased and the claimant that the claimant would have some interest in the deceased’s property; and that the claimant has relied on this mutual intention to their detriment. An example of this can be found in Ogilvie. In this case, an elderly man asked his close friend and confidant to live and care for him in his final years. In return, he promised that she would be allowed to stay in the house after he passed away. In reliance on this promise, the woman sold her house and cared for the man until his death without pay. Ultimately, the deceased failed to do as he’d promised and left the house to his son. When the son attempted to evict the woman, she successfully challenged the Will through a constructive trust claim and was awarded a life tenancy in the house for the remainder of her life.

Even where it cannot be shown that a mutual intention existed, the Court may still deem that a constructive trust exists where it would otherwise be unfair to the claimant if he or she received nothing from the deceased’s estate. An example of a situation where this may arise is when a deceased held property in his or her name solely, but jointly paid for the upkeep of the property with another person (i.e. a domestic partner).

When is an Action for Estoppel or Constructive Trust Appropriate?

Whilst each of the two sets of actions (family provision action and equitable actions) are complex, the primary reason a person may favour an equitable action lies in the nature of the Court’s power to award remedies in each case.

Conversely, in an equitable estoppel action there are a number of hoops that the claimant must jump through before the Courts can grant the relief sought. First, the applicant must demonstrate that that the deceased induced them into believing that they would be provided for in the Will, which may be difficult if the conversation or representation took place a long time ago. Second, the claimant must then demonstrate that they have suffered a detriment in reliance on the promise or representation.  ‘Detriment’ in this sense requires the claimant to show they have missed an opportunity or incurred an expense due to the deceased’s representations. This will not be satisfied merely because the expectations of the claimant were disappointed.

Crucially however, if a claim is successful in demonstrating the aforementioned factors, the  Court will grant relief equivalent to what the claimant was promised irrespective of their financial circumstances.. Thus, equitable actions will favour claimants who would not ordinarily be eligible to commence a family provision claim or who would have limited claims against the estate in any event.

Lastly, it is important to note that a claimant can only succeed under one of the abovementioned causes of action. That is, the Court will not allow for a claimant to make different types of claims against the estate in the hopes of having a second bite of the cherry.