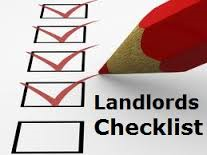 Posted in by marshalls+dent+wilmoth 0 Comments
0 Likes
On 12 November 2016, the new ‘Unfair Contract Term’ regime will come into force which has been designed to protect small businesses from unfair terms in Business to Business Standard Contracts.

Unfair Contract terms will apply to Standard Form Business to Business Contracts entered into or renewed after 12 November 2016, where:

If a clause in a Standard Form Contract is found to be “unfair“, that clause will be rendered void.

Retail leasing has been identified by the ACCC as one area where the Unfair Contract regime may apply. The ACCC particularly identified Landlord friendly shopping centre leases as an area of vulnerability for Landlords, particularly those leases which allow Landlords to unilaterally change building rules without conferral with the Tenants.

However, the Unfair Contract regime would go further than simply attacking shopping centre leases and there are other types of retail leases which may have the effect of rendering certain Landlord friendly provisions void. These include provisions with respect to:

The risk for Landlords is that if they continue to roll out their “Standard Form Leases“, they may be vulnerable to having the entire term of potentially essential protections in their leases struck out.

marshalls+dent will be happy to assist Landlord’s with the review and consideration of their standard leasing documentation to ensure that their provisions are not vulnerable to attack by the ACCC as a result of the introduction of this new legislation.