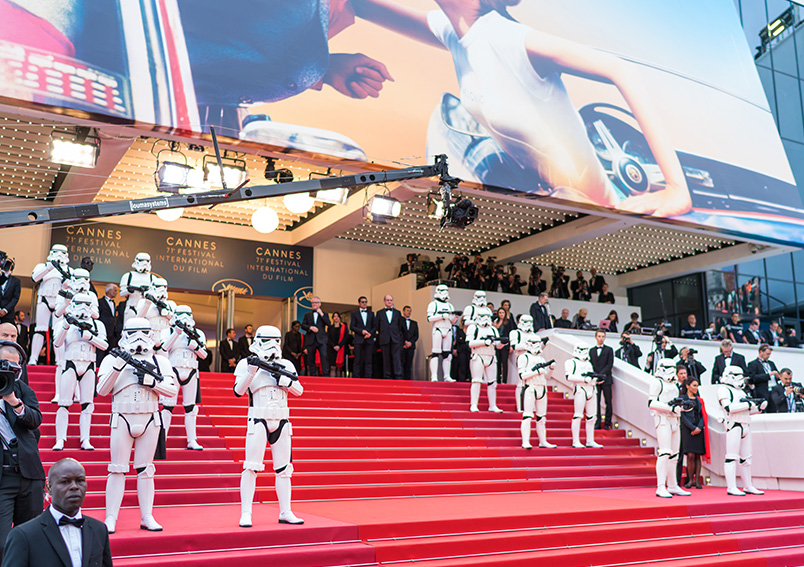 Bryce Menzies once again attended the Cannes Film Festival this year, and for the first time was accompanied by one of his young lawyers, Clement Dunn, to pass on his knowledge of the festival, its intricacies and absurdities.

For the first couple of days the festival was hot. Bryce and Clem took meetings in the glaring sun of the lawn of the Grand Hotel, where films are financed, deals are made, and where a single bottle of Coca Cola will set you back eight euros (A$12).

Fewer films were financed, parties were cancelled, and the red carpet by Palais du Festival became a sea of umbrellas.

Seeking the dryness of the indoors, Bryce and Clem entered the ballot for invitations to the sought-after premieres.

Clem was fortunate enough to secure an invitation to director Spike Lee’s new film, BlacKkKlansman, starring Adam Driver and John David Washington. The hundreds of photographers, however, ignored his presence to seek out shots of Jury President Cate Blanchett, and Twilight alum Kirsten Stewart, who removed her heels on the red carpet to protest the festival’s controversial “high heels only” policy.

Bryce was slightly more the fortunate the next day, when he managed to secure an invitation to the world premiere of Solo: A Star Wars Story. Bryce bucked the dress code by matching his infamous red boots to the red carpet, which no doubt gave the illusion of him of hovering above the carpet like Luke Skywalker’s land speeder over the deserts of Tatooine.