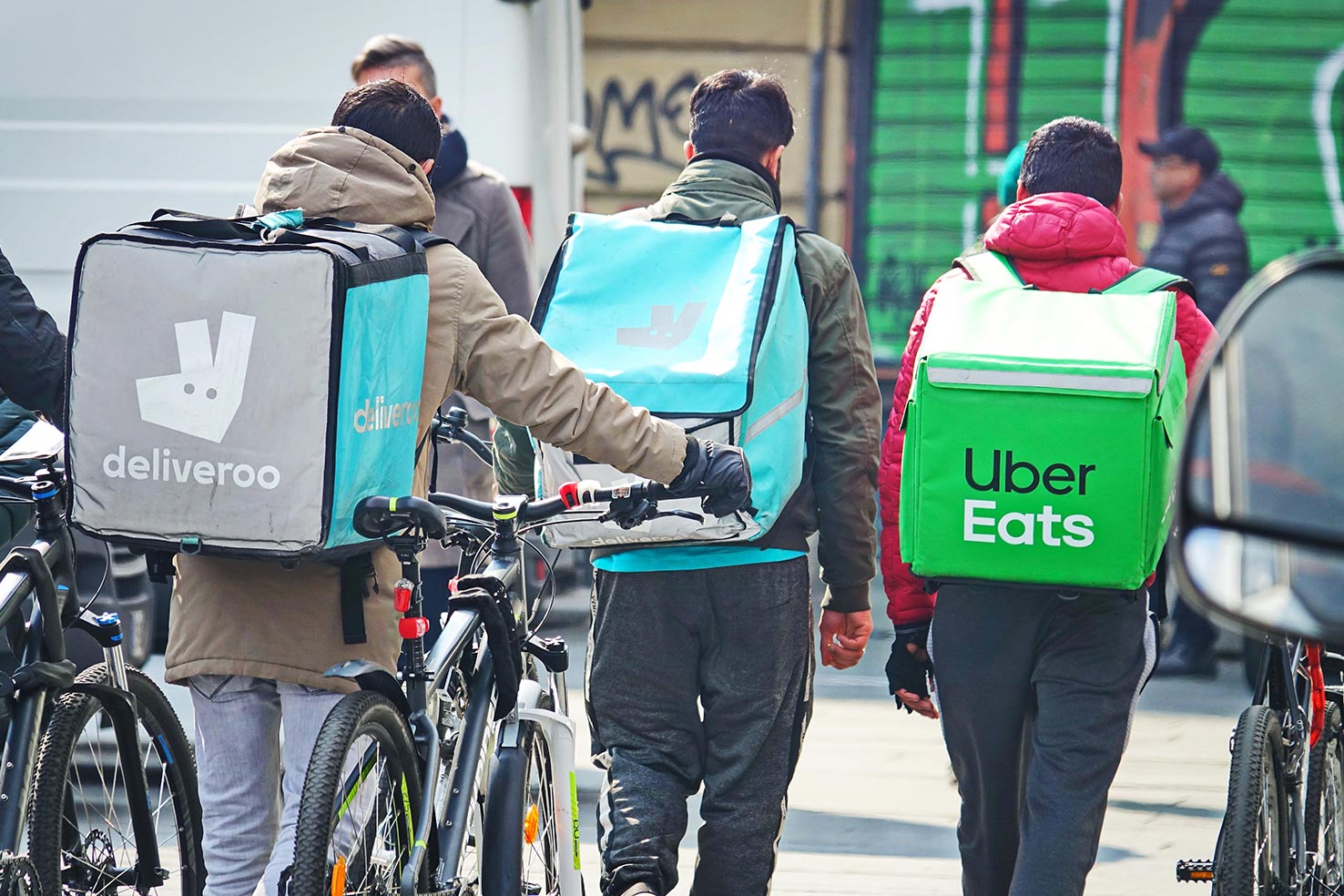 Employee or contractor? What the Deliveroo case could mean for your workers June 28, 2021

In recent years, we have seen legal challenges in courts and tribunals around Australia concerning the status of ‘independent contractors’ in the gig economy. Specifically, these challenges have asked whether a worker should be classified as an employee or contractor.

As there is no single standard for determining whether an employment relationship exists in Australia nor a unifying common law or statutory definition of employment, the question of a worker’s status is determined by reference to common law principles. Common law is also known as judge-made law.

The Deliveroo case, contractors and employees

The Fair Work Commission (FWC) handed down its landmark decision in the Deliveroo case in May 2021.

Contrary to recent decisions on this issue, Commissioner Cambridge found that the applicant, Mr Franco, was an employee and not an independent contractor (as Deliveroo had argued). As a result, Mr Franco was protected by unfair dismissal laws.

Mr Franco, had worked for Deliveroo since April 2017 and during that time had simultaneously worked for Door Dash and Uber Eats. His employment was governed by several supplier agreements created by Deliveroo which specified that he was an independent contractor.

Commissioner Cambridge considered the nature of the gig economy and the way workplaces are changing today. His decision ultimately turned on the necessary amount of control that Deliveroo had over Mr Franco.

How the Deliveroo case considered the question of contractor versus employee

The Commissioner looked at many different factors to work out whether Mr Franco should be considered an employee or contractor:

While Deliveroo asserted that it had no control over when or where Mr Franco worked or for how long he worked, the Commissioner found that Mr Franco’s engagements to work were made under Deliveroo’s self-serve booking system (SSB system).

The SSB system required riders to book engagement sessions in advance to work in a particular area and gave preferential treatment for booking desirable times to riders who met performance measurements. These measurements included the number of late cancellations that a rider had made and the rider’s preparedness to participate in times of peak demand.

Commissioner Cambridge found that although it appeared that Mr Franco had the freedom to choose when and where to work, the practical reality was that the SSB system directed him to:

Although Deliveroo stopped using the SSB system in January 2020, Commissioner Cambridge held that it is the capacity for control that Deliveroo possesses that is important. Deliveroo was able to reintroduce SSB or a new system that “may involve utilisation of any combination of the vast array of rider performance metrics that it has at its disposal.”

The effect of economic reality

While Deliveroo did not require a rider to work for any particular length of time, or to even accept a delivery order once they had logged into a booked session, Commissioner Cambridge emphasised that “the economic reality of the situation would ordinarily compel a rider to undertake delivery work.”

The potential for Deliveroo to exercise control

The Commissioner also found that although Mr Franco was not under any obligation to actually perform work for Deliveroo, Deliveroo could exercise significant control over when, where and for how long Mr Franco worked if it chose to do so.

Commissioner Cambridge found that any apparent impediment to the exercise of control arising from the terms of the relevant supplier agreement could be overcome by Deliveroo introducing another version of its supplier agreement. These unilateral terms resulted in an inequality of bargaining power that left Mr Franco with no capacity to negotiate.

The supplier agreement said that termination could occur at any time, for any reason, with provision of one week’s notice in writing. Commissioner Cambridge determined that the threat of termination is a manifestation of control.

Perhaps most interesting, Commissioner Cambridge found that working for competitors did not mitigate an employment relationship.

Addressing multi-apping, he reflected on “the phenomenon of change that new technology is bringing to the traditional arrangements for employment” and that multi-apping “must be assessed in the context of a modern, changing workplace impacted by our new digital world.”

Drawing upon the changing work arrangements precipitated by COVID-19, the Commissioner stated that employment no longer always involves physical presence. He commented that:

“consequently, circumstances where an individual may be simultaneously working for two or more employers has become a reality because the physical presence of that individual in a workplace is no longer a fundamental requirement for the work to be performed.”

The Commissioner also found that:

Whilst it is anticipated that Deliveroo will appeal the FWC’s decision, the classification of workers in the gig economy remains open and will likely be further considered by courts and tribunals.

Commissioner Cambridge’s comments on the consequences on the rapidly changing realities of working in an increasingly connected and digital world should be heeded by workers and employers.

If this article has raised any questions about your employee or contractor status, or the status of your workers, please contact employment team.