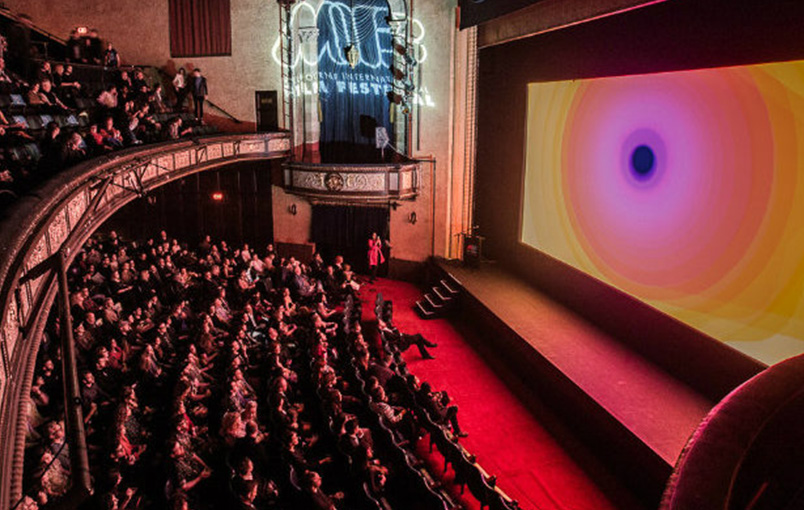 marshalls+dent+wilmoth is proud to announce the following films as their top picks for the 2018 Melbourne International Film Festival (MIFF):

Each project comes heavily commended (with our own synopsis below) and coincidentally, our Media team worked on each and every one.

More than anything else, we hope that you will go out and see these incredible films and series, and enjoy all that the festival has to offer.

‘Sometimes the most terrifying ghosts are the ones we find within ourselves.’

Documentary filmmaker Ben Lawrence (son of Lantana director Ray Lawrence) captures a chilling true story as it unfolds before his eyes. Meet Jason King—a real life ‘ghosthunter’. His portal to the spirit-world first opened when his brother died only to reappear as a ghost in Jason’s living room. From there, he has been helping others make peace with spiritual presences in their lives. But there is something deeper troubling Jason—he has no memory of his childhood or of his absentee father who disappeared when he was younger. Lawrence’s Ghosthunter proceeds with sensitivity as the subject matter unravels ghosts from Jason’s own past.

The darkly comic anti-hero of this six-part series is everyman Ray Shoesmith—only it turns out he’s not an everyman, but a deadly hitman. Ray finds himself ‘inbetween’ these starkly contrasting worlds as he attempts to wrangle that elusive work/life balance we are all seeking. Ray’s nuanced charisma is cut with moments of sheer menace, which writer and star of the series Scott enacts with frightening effectiveness after having researching biographies of real-life hitmen. Some of you may already be familiar with Ray’s character, who is returning from cult-classic mockumentary The Magician (MIFF 2005). Skillfully brought to life, Mr Inbetween was shot in Australia and is the first homegrown project from FX Australia. MIFF has all six episodes.

Mr Inbetween was included in the official selection at Sundance Film Festival this year. marshalls+dent+wilmoth provided production legals for the series.

THE COMING BACK OUT BALL

The Coming Back Out Ball is an observational feature documentary that proudly celebrates a Melbourne event held to honour the polemic proponents of the LGBTIQ movement. The Ball was imagined in the wake of findings that senior members of the LGBTIQ community were still concealing their sexual orientation or gender identity in dealings with aged-care services, because they felt unsafe coming out. This heartfelt and deeply human story, which MIFF rightly claims “is a life-affirming love letter to senior members of the ‘alphabet’ community, and to Melbourne, with an important message about the necessity of pride, acceptance, equality and dignity at all stages of life – and a whole lot of dancing!”

The Coming Back Out Ball has been selected to screen as the MIFF Closing Night Gala feature. marshalls+dent+wilmoth acted for one of the financiers of the Film.

Can a former football great re-emerge in his hometown to rule the Rooters? Director Mark Grentell teams with comedian/actor/writer Damian Callinan to successfully adapt his stage show The Merger to the big screen. Bodgy Creek’s football team, the Roosters, need nothing short of a miracle to keep them in the game this season.  Faced with the prospect of merging with another hopeless team or calling it quits, the struggling team is primed to accept a longshot from its most unpopular resident, Troy Carrington – a faded footy legend who mangled his leg running through the banner on Grand Final Day. Troy’s idea to save the team and redeem his good name?  Recruit all of the town’s young talent. The problem? The town hates Troy, and the young talent he’s referring to are recently arrived refugees whose subsidised labour means they’re stealing all the locals’ jobs. This offbeat comedy is full of heart and humour as it celebrates the power of Aussie Rules to unite a community and overcome small-minded beliefs. The Merger doesn’t preach but rather, through compassion for one another and a good dose of Aussie humour, it nudges at misconceptions about refugees. Everyone loves barracking for the underdogs, or Roosters!

The Merger has been selected to screen as the Miff Centerpiece Gala feature. marshalls+dent+wilmoth provided production legals for the film.

Jim can’t seem to do anything right—he’s in debt, his son doesn’t want to see him, and his ex-wife thinks he’s hopeless. It all comes to a head on one make-or-break day when Jim has until close of business to repay his violent loan shark, keep up with his courier day job and, due to school holidays, take his resistant son along for the ride. Desperately broke, Jim resorts to fraught yet familiar measures when he bets on a dog race as a way out.

West of Sunshine was included in the official section at the 2017 Venice Film Festival and premiered to a standing ovation. marshalls+dent+wilmoth represented writer and director Jason Raftopoulos for the film.

‘I was born James Dixon Swan. This is the story of how I became Jimmy Barnes.’

In his own words, this is Jimmy Barnes’ harrowing story – which couldn’t be further from the glitz and glamour of his celebrity. With 11 number one hits to his name, Barnes is one of Australia’s greatest rock legends. Since the publication of his bestselling autobiography Working Class Boy in 2016, he has been hounded by producers hungry to turn his story into a miniseries. But Barnes held out. This story was too important, too personal to be forged into anything less than the documentary he and veteran Australian filmmaker Mark Joffe have brought to our screens.  Embodying a spirit of honesty and bravery, Barnes lays bare the horrors of a childhood spent in fear, danger and poverty, making his climb to the top of the musical world seem all the more remarkable. The music industry offered him an escape from the world he was born into. But wherever you go, there you are. What Barnes makes clear is that sometimes it’s best to turn around and face the music.  And that’s exactly what he has done.