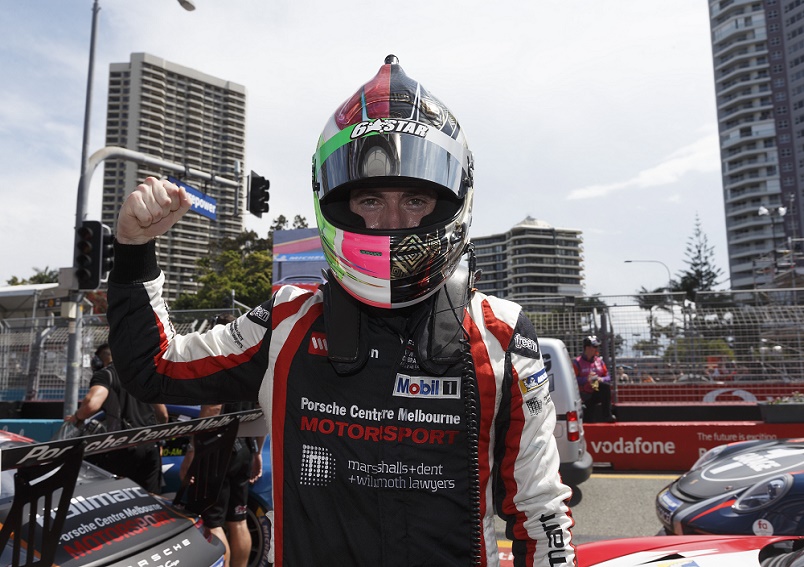 Congratulations to our very own Family Lawyer, Nick McBride for his wins in the Porsche Wilson Security Carrera Cup Australia at the Gold Coast 600 on 20 October 2018. He won 2 out of 3 races, beat a world champion, 2 time le man winner and set a lap record!

Nick was recruited by Porsche Centre Melbourne for the 2018 Porsche Wilson Security Carrera Cup Australia series. While Nick is racing in the Carrera Cup Series, he is also working full time with the Family Law Team at marshalls+dent+wilmoth. Nick’s passion and expertise also allows him to assist the Sports Law team on advising organisations and sports people on Sports Law matters.

Read more about the race here.