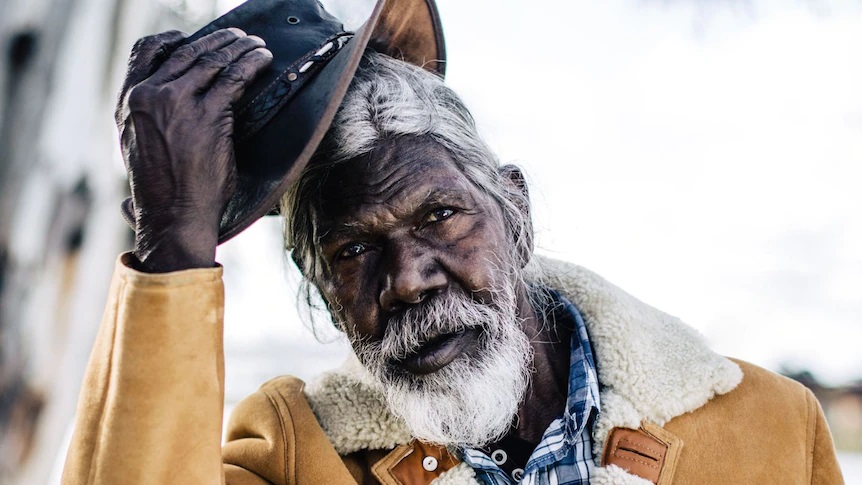 My Name is Gulpilil is a documentary feature film about the life of revered Australian actor, David Gulpilil.

Filmed in South Australia, directed by Molly Reynolds and produced by Gulpilil’s long-time collaborator Rolf De Heer, this film is a poetic testament to the Yolngu actor.

The making of My Name is Gulpilil

Gulpilil was given six months to live in early 2017, which prompted De Heer to get the project up and running. The documentary captures Gulpilil’s life story in his words for the first time as he reminisces on the ups and downs of his life and career.

It oscillates between Gulpilil’s past and present. Gulpilil’s reflections range from the extraordinary – such as dining with the Queen – to darker days spent living in the tall grass in Darwin.

Simultaneously exploring moments from Gulpilil’s life on-screen and his contemplations of mortality, David Gulpilil candidly shares his remarkable life and career with the audience in what will be more than likely his final film.

Where to watch the film

The film was released on 27 May 2021 and is now showing in cinemas around the country. In Victoria, its showing at the Classic Cinemas, Village Cinemas, Cinema Nova and Thornbury Picture House.

MDW is proud to have provided production legal assistance and advice to the film.

View the My Name is Gulpilil trailer.

To find out more about MDW’s entertainment law services, contact us today.