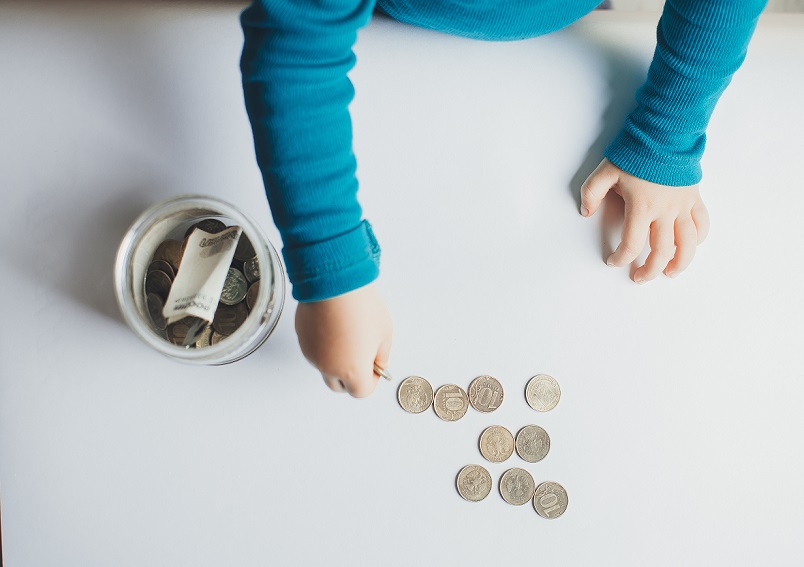 On 22 May 2018, the Family Assistance and Child Support Legislation Amendment (Protecting Children) Act 2018 (Amending Act) received royal assent. The Amending Act includes provisions in relation to child support and family tax benefit entitlements. The article focuses on the child support amendments as they relate to limited and binding child support agreements (Agreements) made under the Child Support (Assessment) Act 1989 (CSA). (References to sections of legislation refer to the CSA unless otherwise stated.) The other child support-related amendments relate to amended tax assessments, interim care determinations and over-payments.¹

In the Parliamentary Committee report which informed the Amending Act, it was said that “some evidence questioned the ‘high bar’ that has been set for Binding Child Support Agreements’ (BCSA) review by the courts”.² These views were informed, at least in part, by the Full Court’s decision in Masters & Cheyne.³ The report recommended that the government consider “matters pertaining to the hurdle for courts to set aside . . . all [BCSAs]”.⁴

The decision in Masters & Cheyne resulted in a father being obliged to continue paying child support to the mother for a child who had come to live with him full time. The matter was argued before the Child Support Registrar (Registrar), the Social Security Appeals Tribunal (SSAT) , the Federal Circuit Court and, finally, the Full Court of the Family Court which allowed an appeal from orders setting aside the BCSA. The Full Court (Murphy, Aldridge and Austin JJ) accepted that exceptional circumstances existed (the first element) but did not accept that the father would not suffer hardship as a result (the second element).

The amendments are intended to address this “‘unfair’ or ‘unjust’ or . . . ‘counterintuitive’”⁵ result. The new provisions have commenced and are now in force. Broadly speaking, they do four things:

In Masters & Cheyne Ms Masters and Mr Cheyne entered into a BCSA on 31 July 2008. It provided that the father pay the mother $220 per week for one child, indexed to inflation. (Although not relevant here, the BCSA terminated an earlier BCSA and provided for the father to pay child support for two further children).

In April 2012, the mother relocated from the Hunter Valley to Melbourne causing a “radical revision”¹⁰ of time with the father from five nights per fortnight to virtually full time. The mother accepted at trial that “there was no prospect of any return to the previous [care] arrangements”.¹¹

Initially, the registrar determined that the BCSA had ceased to operate for that child. The mother successfully appealed to the SSAT. The father then appealed to the Federal Circuit Court and also applied for the BCSA to be set aside under s136(2). Consistent with the registrar’s submissions, his appeal was unsuccessful but the BCSA was set aside with the trial judge finding that “exceptional circumstances have arisen since the agreement was first signed”¹² and that the father would suffer hardship as a result.

The mother appealed to the Full Court. At issue was the following:

Their Honours each delivered separate reasons but agreed that it was open to the trial judge to find that the legislative change did constitute an exceptional circumstance, but that the finding of hardship was not open.

A tertiary issue was whether the happening of a child support terminating event had the effect of terminating an Agreement.

The reasons of Murphy and Aldridge JJ contain conflicting obiter dicta about whether child support terminating events apply to Agreements. Austin J declined to express a concluded view on this point as he did not consider it was necessary for the determination of the appeal.

It was argued that s12 applied to Agreements because s95 (providing that certain provisions in Agreements have effect for some purposes as if they were a departure order) enlivened s142 (providing that an order made under the CSA ceases to be in force upon the happening of a child support terminating event).

Aldridge J took the view that ss80D and 136(2)(d) together “constitute a complete code dealing with the validity and termination of these agreements and that great care should be taken before importing considerations derived from other sections of the Act into cases dealing with [BCSAs]”.¹³ His Honour observed that s95 was expressed to operate for the purposes of Part 5 only and s142 was in Part 7 and referred to a statement in the explanatory memorandum for the Bill introducing s136(2)(d)¹⁴ that “[i]t is not intended that binding agreements should be set aside lightly”.¹⁵

Murphy J held that because acceptance of a BCSA requires the registrar to strike an assessment, the BCSA “operates as an agreement but also operates, by reason of the provisions of the CSA, as a child support assessment”.¹⁶ His Honour explained that “the child’s child support was governed by an assessment in the form of a consent departure order whose terms could be found in the parties’ [BCSA] . . . Although not an order of the court as such, the terms of the agreement were to have effect as if they were. One of the effects of a court order . . . is that it is susceptible to cessation upon the happening of a child support terminating event as defined by s12 of the CSA”.¹⁷

Section 95 provides that provisions in an Agreement accepted by the Registrar which provide for payment of periodic child support, variation of the rate of such payments or other matters capable of inclusion in a departure order¹⁸ have effect as if they were a consent departure order. Section 142 provides that an order under the CSA ceases to be in force upon the happening of a child support terminating event (with the exception of s12(4)(a)(i)).¹⁹

Subsection 95(2) is amended to provide that s95 operates in relation to s142. This is said to give effect to existing policy²⁰ and resolves the drafting oversight identified by Aldridge J.²¹ The effect is that an Agreement ceases to be in force upon the happening of a child support terminating event whether or not that is expressed in the Agreement.

Agreement to extend a suspension period may be difficult where one party stands to gain by a shorter suspension period and earlier termination. As these provisions operate retrospectively, it may be necessary to apply to the registrar on the basis of special circumstances in some cases. There is little guidance about special circumstances in this context and it is suggested that practitioners should consider the approach in other contexts (eg, being a victim of family violence, serious accident, serious health problems and acting on incorrect advice).

The suspension provisions apply only to days after 1 July 2018. Calculating the length of time since ceasing to be an eligible carer includes earlier days.²²

The termination provisions operate when:

Practitioners should also be aware that the termination provisions are retrospective. An Agreement is taken to be terminated as at 1 July 2018 if three conditions are met:²⁴

Older Agreements may already have been terminated in this way. In that case, child support was payable pursuant to the Agreement to 30 June 2018 but not after. The parties’ obligations from 1 July 2018 depend on whether an assessment existed at the time the Agreement was registered. If there was an assessment, it will recommence according to the formula. If there was no assessment, the payer’s obligation ended on 1 July 2018 and a new application is required if child support is sought.

In these circumstances, there will likely have been an over or under-payment which will need to be remedied. Over-payment of child support may be recovered from the payee by court proceedings. The court may make such orders as it considers just and equitable for the purposes of adjusting, or giving effect to, the rights of the parties and of the child concerned.²⁵ If there is to be an ongoing liability, over-payments can be credited.²⁶ Underpayments can be dealt with in the usual way through the agency. Practitioners should be conscious of the limitations on recovering historical arrears. It is unclear whether the registrar will accept legislative change as a reason to extend the usual recovery period.

Availability of formula based assessment during suspension and after termination

If there was an assessment when an Agreement was accepted, that “underlying” assessment will recommence operation upon suspension or termination.

If there was no assessment, a party can elect to end the s93 assessment made on acceptance of the Agreement by the registrar. A new s151(1A) has been inserted to allow this, but it requires action by one party. Once the s93 assessment has been ended, child support can be assessed and will be payable according to the formula.

New ss142(1B) and (1C) have been introduced to prevent a party from using these provisions to end an otherwise valid Agreement they no longer want. Where an election to end a s93 assessment is made and a party applies for an administrative assessment before the liability to pay child support under the Agreement would have ended, the Agreement is taken to revive on the day of the new application.

Finally, practitioners should be aware of the new requirement that an Agreement must not provide for payment of child support to a person who is not an eligible carer.²⁷

It is suggested that this prohibition prevents an Agreement from binding a primary carer with more than 65 per cent care to pay non-periodic child support. This may become a concern where, for example, a payer is paying private school fees and a teenage child initiates a change in care. A solution to this problem is beyond the scope of this article. However, practitioners may consider Family Law Act 1975 (FLA) child maintenance orders or injunctions in an appropriate case. Practitioners should pay careful attention to s66E FLA when drafting an Agreement to ensure that an assessment could not be sought in circumstances where a child maintenance order might be desirable.

These amendments highlight the difficulty for drafters posed by legislative amendment and the importance of a thorough understanding of the provisions of the CSA and the relationships between them. Practitioners may consider advising past clients about the risk their Agreements have been terminated. As to future Agreements, it is crucial that practitioners drafting Agreements understand these amendments and update precedent Agreements and letters of advice accordingly.

Please contact us on 03 9670 5000 if you wish to seek advice on the recent changes to the child support legislation.

This article was written by Family Senior Associate Nick Ellis.

Credit: This article was published in the April edition of the Law Institute Journal.