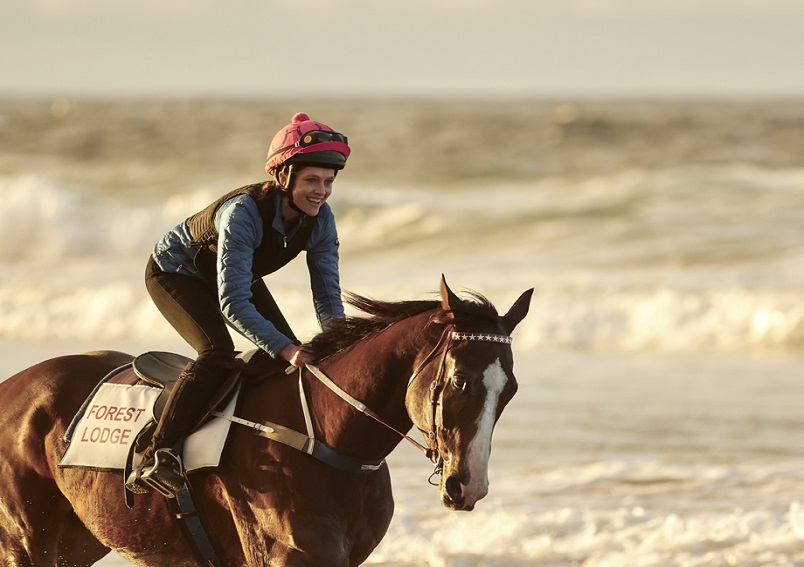 Galloping into a theatre near you September 26, 2019

Rachel Griffiths’ directorial debut Ride Like A Girl officially releases on September 26, and by all accounts from those who have attended pre-screenings, the film is tipped to be a winner.

An inspirational true story of the first woman jockey to win the Melbourne Cup, Michelle Payne’s journey is portrayed brilliantly by Theresa Palmer with strong performances by Sam O’Neill and Stevie Payne — Michelle’s brother who plays himself.

The horseracing scenes are quite literally breathtaking. The pace, the sound and the incredible close-up action shots combine to create a real sense of tension and excitement, and there are moments you can feel your heart wanting to leave your chest.

These intense scenes are juxtaposed with panoramic, sweeping shots of the countryside and racetracks where Michelle grew up and trained. The reality of the day in, day out training is caught beautifully by numerous early morning and sunrise scenes, a stoic Sam Neill standing with a race timer in his hands.

That said, you don’t have to like horseracing to enjoy this film. The story of overcoming adversity, never giving up and always being true to yourself is told in such an appealing way that this female-driven tale set in what is still very much a male-dominated environment appeals on many levels.

Ride Like A Girl was produced by The Film Company, and the team at marshalls+dent+wilmoth lawyers provided the production legals and assisted the producer with a range of services, including film financing, distribution, actor and crew contracting, clearances and, of course, animal welfare.