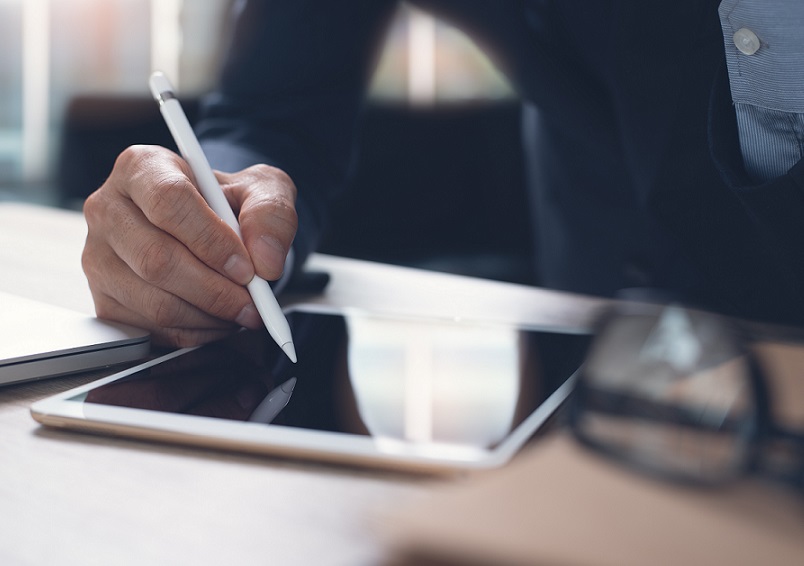 Electronic signatures are a convenient way to execute documents, especially when the parties are a significant distance apart. But are they worth the paper they’re printed on?

More and more, email negotiation of commercial deals and financial agreements is the norm, thanks to improvements in technology. Documents are signed at speed, even when the parties are spread over the world. How? Electronic signatures. But legal enforceability becomes an issue, as illustrated by a recent South Australian case.

How do electronic signatures work?

In Australia, an electronic signature is sometimes used to sign documents, instead of using pen and paper (known as a wet ink signature).

The parties (signatories) to a contract, deed or other agreement can agree whether it’s appropriate to sign the document electronically.

The electronic signature must:

It must do the same things as a wet ink signature.

There are laws which require signatories to meet certain criteria for the electronic signature to be valid. For example, they must:

Using an electronic signature must be appropriate for the agreement.

It’s no secret that lending money is a serious business.

But banks are businesses with profits to generate. To bring in business, many financial institutions now allow customers to set up accounts and make other agreements without having to attend a bank branch or office. This is also a useful way to reduce operating costs, and, conveniently, to provide signatories with their own electronic copy of the agreement by email.

Electronic signatures may reduce errors because often you can’t complete the signing process unless you fill out all compulsory fields.

But there are also some pitfalls, as demonstrated by a 2019 South Australian case involving the Bendigo and Adelaide Bank.

What was the court’s decision about the use of electronic signatures in the Bendigo and Adelaide Bank case?

In short, here’s what happened:

So far, this is a straightforward scenario. But here’s where things get complicated:

The wheels not only fell off the cart, they also rolled down the hill and over the next hill.

The bank wanted its money. Because of the power of attorney, the directors said the finance company should pay.

Legal proceedings followed, focussing on whether the deed was properly signed.

Traditionally, a deed was only valid if signed, sealed and delivered. This meant it would be written on paper (or similar), the signatory would put their personal seal on the document, and it would be delivered to the other party.

What’s the difference between a deed and a contract?

Both deeds and contracts can be agreements, so if you’re wondering how they’re different, you’re not alone.

Binding contracts must have:

Consideration is where an undertaking (or promise) is made by one party and in return, the other party makes a promise or undertaking.

This is the fundamental difference between deeds and contracts.

So, a deed can become binding when one party signs it. It doesn’t matter that there’s no promise or undertaking in exchange. The act of signing is how the signatory indicates their intention to be bound by the terms of the deed. On the other hand, without consideration, a contract can’t be legally binding.

How is consideration relevant to the Bendigo Bank case?

Going back to our case, the key issue was whether the deed was properly signed.

The directors said that the finance company hadn’t properly signed the deed because it was signed by one officer and then the other officer. They had signed duplicate copies of the deed, rather than a single document.

The directors also argued the electronic signatures didn’t meet the traditional legal requirements of signed, sealed and delivered. Why? Because the deed wasn’t on paper (or similar).

On the other hand, the bank said that Australian company laws allowed the deed to be signed with the electronic signatures, because the parties had called it a deed and intended it to be a deed.

The bank also argued that the same laws allowed the deed to be treated as a single document, even when one party had two signatories.

How was the case decided?

And so, the Judge decided the loan agreement was invalid because the deed was a duplicate document rather than a single document.

There was a question of whether the loan deed could take effect as a contract, even though as a deed it was invalid. The Judge decided there was no contract because there was no consideration. This was because of the loan being advanced before the deed was signed.

What does this mean for me?

Because this case is South Australian, it’s not binding law in Victoria. But it shows some significant issues with electronic signatures on deeds.

If you’re thinking about signing a deed, it’s important to make sure it’s signed in the wet ink way: good, old-fashioned pen and paper. It may take some time for the law to catch up with technology. In the meantime, opt for certainty.

This article was written by Commercial Principal, Josh Kaplan and Clerk, Olly Gagiero.