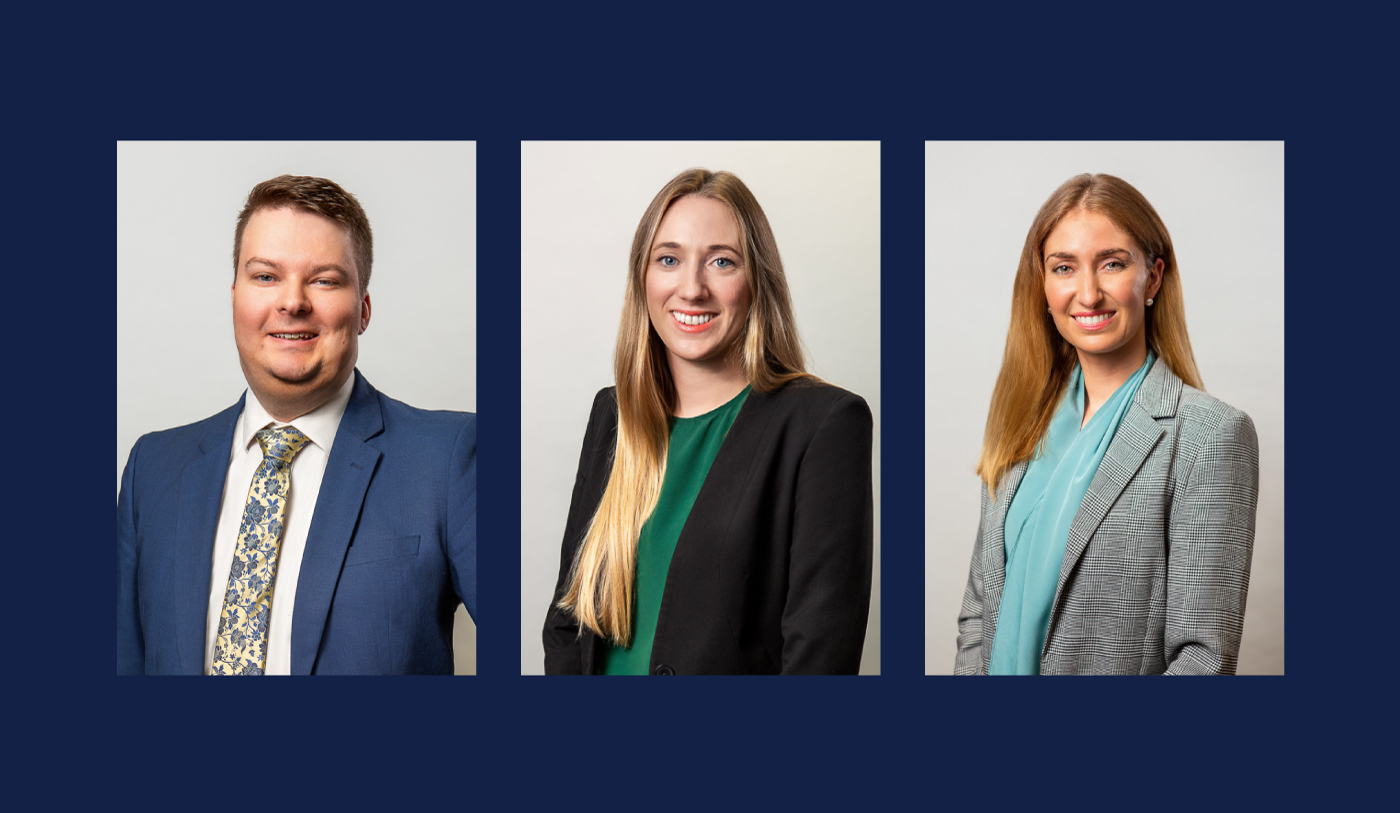 In recognition of their impressive contributions to our firm, three lawyers will take on new roles

We are delighted to celebrate three promotions within our Commercial/Litigation and Wills and Estates teams:

Since joining MDW in 2017 Kieran has become an integral member of the MDW Litigation team.  His promotion celebrates his knowledge in commercial litigation and dispute resolution law. Kieran has a particular interest in complex contractual and commercial disputes, with extensive experience acting across a range of areas and jurisdictions including:

In addition to Kieran’s practice in commercial litigation, he has developed particular expertise in assisting registered training organisations (“RTO”) in regulatory and compliance matters involving the Australian Skills Quality Authority and/or the Tertiary Education Quality and Standards Agency, as well as acting in a range of transactional matters such as acquisition or sale and/or restructures of RTOs.

Since joining MDW in early 2020, Miriam has been an exceptional addition to the commercial litigation team.  Contributing diverse skills and experience, she has been involved in various general litigation matters including:

Miriam enjoys being part of a high performing and collaborative commercial litigation team and endeavours to bring a strategic focus to her practice to achieve the best possible outcomes for clients.

Commencing at MDW in November of 2017 undertaking work experience after completing her law degree, Hayley was employed with MDW in February 2018 and as admitted as a lawyer in May 2018. Her promotion to Associate recognises her significant contributions to the firm’s Wills and Estates Team.

Hayley practises predominantly in the firm’s Mornington office and has a dedicated focus on advising clients in Wills, Estates and Trust Law including;