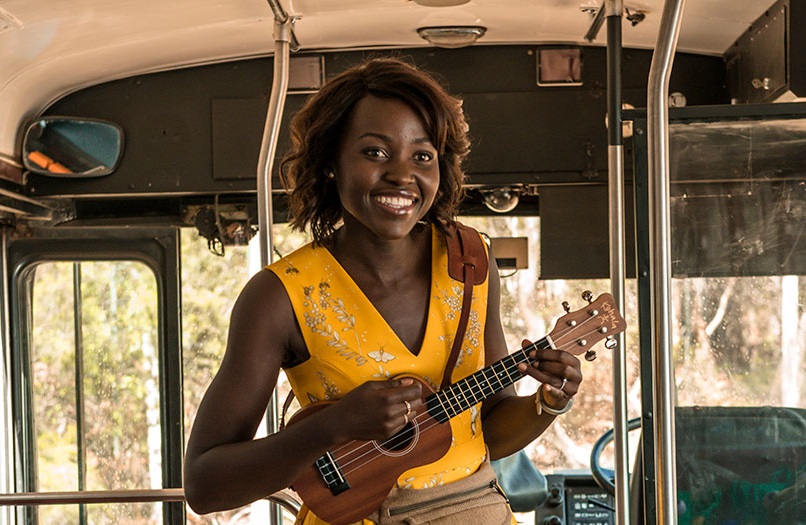 The marshalls+dent+wilmoth entertainment team are particularly proud to have provided production legals for six films featuring at MIFF, including two of this year’s gala films (Little Monsters and H is for Happiness) and two highly-anticipated world premieres (Measure for Measure, and Iron Fists and Kung Fu Kicks).

We also look forward to celebrating the return of Ray Argall’s 1990 film Return Home, which was executive produced by our principal Bryce Menzies.

We encourage readers to check-out the full array of wonderful films on offer. A link to the program can be found here.

H is for Happiness

Set in a small Western Australian town, Candice Phee (Daisy Axom) is a boundlessly optimistic 12 year-old determined to bring her family back from the brink of estrangement. The film explores the trials of adolescence and family heartbreak with an endearing touch. A stellar cast including actors Miriam Margolyes (Harry Potter), as Candice’s quirky schoolteacher and Richard Roxborough (Rake), as a father struggling with the prospect of divorce, drives this unique film. This ‘delightful adaptation’ of the acclaimed novel My Life as an Alphabet is a sure-fire success for families attending the Kid’s Gala event!

marshalls+dent+wilmoth principal Bryce Menzies worked as executive producer on this film. H is for Happiness can be seen on 11 August at the Astor Theatre and tickets can be purchased here.

To celebrate the festival’s halfway point, Little Monsters will feature as MIFF’s Centerpiece Gala. A failed musician’s (Alexander England) keen interest in his nephew’s kindergarten teacher (Lupityo Nyongo) prompts him to help chaperone a class fieldtrip. No one expects a disruption of apocalyptic proportions … the film focuses on the fearlessness of Nyongo’s character as she attempts to protect her class from hordes of flesh-eating zombies, and prevent their impressionable innocence from being corrupted by the horror around them. Australian director Abe Forsyth presents a gory and chaotic comedy that embraces the poignancy of truth and innocence. A crowd-pleaser not to be missed!

Screening details can be found here.

This unflinching depiction of early nineteenth century Tasmania took out two awards from the 2018 Venice Film Festival. Director Jennifer Kent (The Babadook) weaves a powerful story of deprivation and retribution as Irish convict Clare (Aisling Fanciosi, Game of Thrones) is thrust into the hands of a vicious lieutenant (Sam Claflin) and his amoral cronies. As Clare sets a path for revenge, she forms an uneasy alliance with a tracker, Billy, who is also marked by the trauma of a violent past (played by Baykali Ganambarr, Best Young Actor award, Venice Film Festival). A compelling and powerful journey, The Nightingale is a unique and confronting take on the revenge thriller genre.

“The Nightingale” will premiere in Australia on the 4th and 14th of August. Tickets may be found here.

Drawing on the plight of those enslaved to work in the South-East Asian fishing industry, this feature debut from director Rodd Rathjen immerses viewers in a confronting story about human trafficking. A 14-year-old Cambodian boy (Sarm Heng) leaves home, but is kidnapped and sold to work on a fishing trawler. Captained by the ruthless Rom Ran (Thanawut Kasro), the boy defiantly stands against his captors in this explicit portrayal of contemporary exploitation and slavery.

Buoyancy was awarded the Panaroma Prize at the Berlin International Film Festival. Bryce Menzies worked as executive producer on this highly topical film. Tickets can be found here.

Following director Paul Ireland’s critically acclaimed Pawno, this contemporary re-interpretation of Shakespeare co-written by the late Damian Hill is set against the backdrop of Melbourne’s commission flats. Local crime figure ‘The Duke’ (Hugo Weaving) threatens an unlikely love affair between two young lovers (Megan Hajjar and Harrison Gilbertson). With a powerful multi-cultural Australian cast, this brilliant exploration of the bard’s play about love, morality and justice is not to be missed. What light through yonder window breaks? Clement Dunn and Bryce Menzies acted as executive producers on this modern Melbourne masterpiece. Tickets can be found here.

The festival kicks into overdrive with a high-octane documentary about the history of kung fu films. Iron Fists and Kung Fu Kicks collates a wealth of clips, martial art legends and interviews with industry heavyweights to document the evolution of a style, the competition between Hong Kong and Hollywood and the wild untold story of the market forces that propelled the way of the dragon to a global phenomenon.

With glorious clips featuring the likes of Bruce Lee, Jackie Chan, Sammo Hung, Iron Fists and Kung Fu Kicks is sure to have everybody kung fu fighting!  Tickets can be found here.

This acclaimed 1990 film reappears with a restored print at this year’s MIFF. Ben Mendelsohn (Rogue One, Animal Kingdom) plays a headstrong mechanic in this finely drawn depiction of suburban Australia. His brother, a high-powered insurance executive plagued by the prospect of divorce, returns to Adelaide and is drawn to the promise of security and the familiarity of family. Senses of Cinema characterized this film as a “joyous … and melancholic portrait of masculinity” – a topical subject that is sure to engage contemporary audiences. For those interested in discovering a staple of Australia’s rich film history –Return Home is a must see. Tickets can be found here.